Are y’all ready for the three day weekend? We know we are and so we’d thought we’d bless you with some quality content before you head out. First, some of our favorite music podcasts for quality content ingestion. Second, a reminder of why you’re here on this planet from Simon Sinek. And finally a symbol of hope in the form of blues musicians Daryl Davis and his quest to listen.

You Are What You Eat. You Produce What You’re Fed.

In the 21st century the idea of success is so heavily based on our feeds. Social media. Streaming services. Companies and creators from all sectors of business and art want to be on these feeds. They’re clamoring and clawing to be a part of your daily scroll.

However, the far more important question is:

What do YOU want in your feed?

Today we bring you some healthy mental feed.  Here are some great music podcasts to fuel your creativity and motivation.

Just like when you eat high quality food your body will feel good, if you consume high quality content that supports your creativity, you will see the results in your music.

Simon Sinek: Start With Why

Simon Sinek is a world renowned author, speaker, and thinker who hosted one of the highest viewed TED Talks of all time.The topic of that TED Talk: Start with WHY.

In the above TED talk, Simon breaks down what he calls “The Golden Circle”, from the center out this three ringed circle is: Why, How and finally What. Often artists get caught up in the two outer rings.

If someone gets stuck in this loop there is a limitless amount of potentialites and hypotheticals creating the infamous “paralysis by analysis”.  And what comes after that?  Frustration, fatigue and usually a Netflix binge of distraction.

Why do you make music? Why do you sit alone in a dark room EQing a snare for 4 hours? What sane person does that?!  You know why. We all know why. Creating music is one of the most inspiring and fascinating experiences a person can have in life.  Start there and follow that feeling, the “how” and “what” will come after. 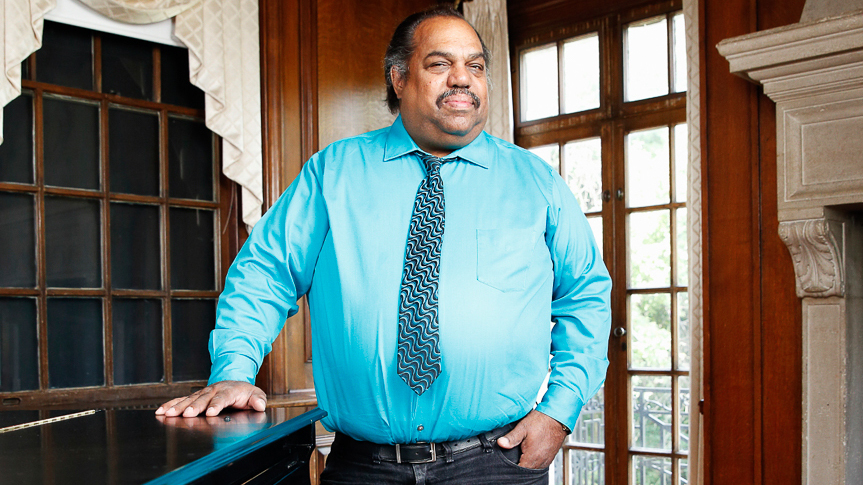 What do you think it takes for a member of the KKK to change their beliefs? Renowned blues pianist Darly Davis proved that all it takes is MUSIC. Music has the power to connect people regardless of how separate they may seem. Music can break boundaries between humans unlike any other force.

Davis first encountered the klan when a member bought him a drink after watching him play piano. The klan member was resolved in his belief that Davis was inferior, but he was still willing to sit with Davis because he respected Davis as a musician.

Intrigued by this interaction, Davis started meeting more klan members and even attending meetings, all the while treating them with respect. Not because he respected their beliefs. Because he respected their right to hold their beliefs. After receiving sound respect from Davis despite their hatred for him, hundreds of them realized their bigotry and gave up their robes.

It was MUSIC that made this possible. Consider that the next time you’re in the studio. What you’re creating has the power to change people’s fundamental beliefs. It has the power to form bonds between people that would otherwise seem impossible.

Check out some of Davis’s insight below to further understand this journey.:

ICON Collective is a Los Angeles and Online music production school that teaches you core technical skills while unlocking your unique creative process. Mentorships with industry professionals let you access real-world insights and help you personalize your music education. Check out our Music Production Programs.

FIND YOUR SOUND, HONE YOUR CRAFT

Do you want to turn music into a career?

Yes, I want to speak with Admissions

SPEAK TO AN ICON REPRESENTATIVE

We use cookies on our website to give you the most relevant experience by remembering your preferences and repeat visits. By clicking “Accept”, you consent to the use of ALL the cookies.
Do not sell my personal information.
Privacy Policy Accept
Manage consent

This website uses cookies to improve your experience while you navigate through the website. Out of these, the cookies that are categorized as necessary are stored on your browser as they are essential for the working of basic functionalities of the website. We also use third-party cookies that help us analyze and understand how you use this website. These cookies will be stored in your browser only with your consent. You also have the option to opt-out of these cookies. But opting out of some of these cookies may affect your browsing experience.
Necessary Always Enabled
Necessary cookies are absolutely essential for the website to function properly. These cookies ensure basic functionalities and security features of the website, anonymously.
Functional
Functional cookies help to perform certain functionalities like sharing the content of the website on social media platforms, collect feedbacks, and other third-party features.
Performance
Performance cookies are used to understand and analyze the key performance indexes of the website which helps in delivering a better user experience for the visitors.
Analytics
Analytical cookies are used to understand how visitors interact with the website. These cookies help provide information on metrics the number of visitors, bounce rate, traffic source, etc.
Advertisement
Advertisement cookies are used to provide visitors with relevant ads and marketing campaigns. These cookies track visitors across websites and collect information to provide customized ads.
Others
Other uncategorized cookies are those that are being analyzed and have not been classified into a category as yet.
SAVE & ACCEPT
Powered by